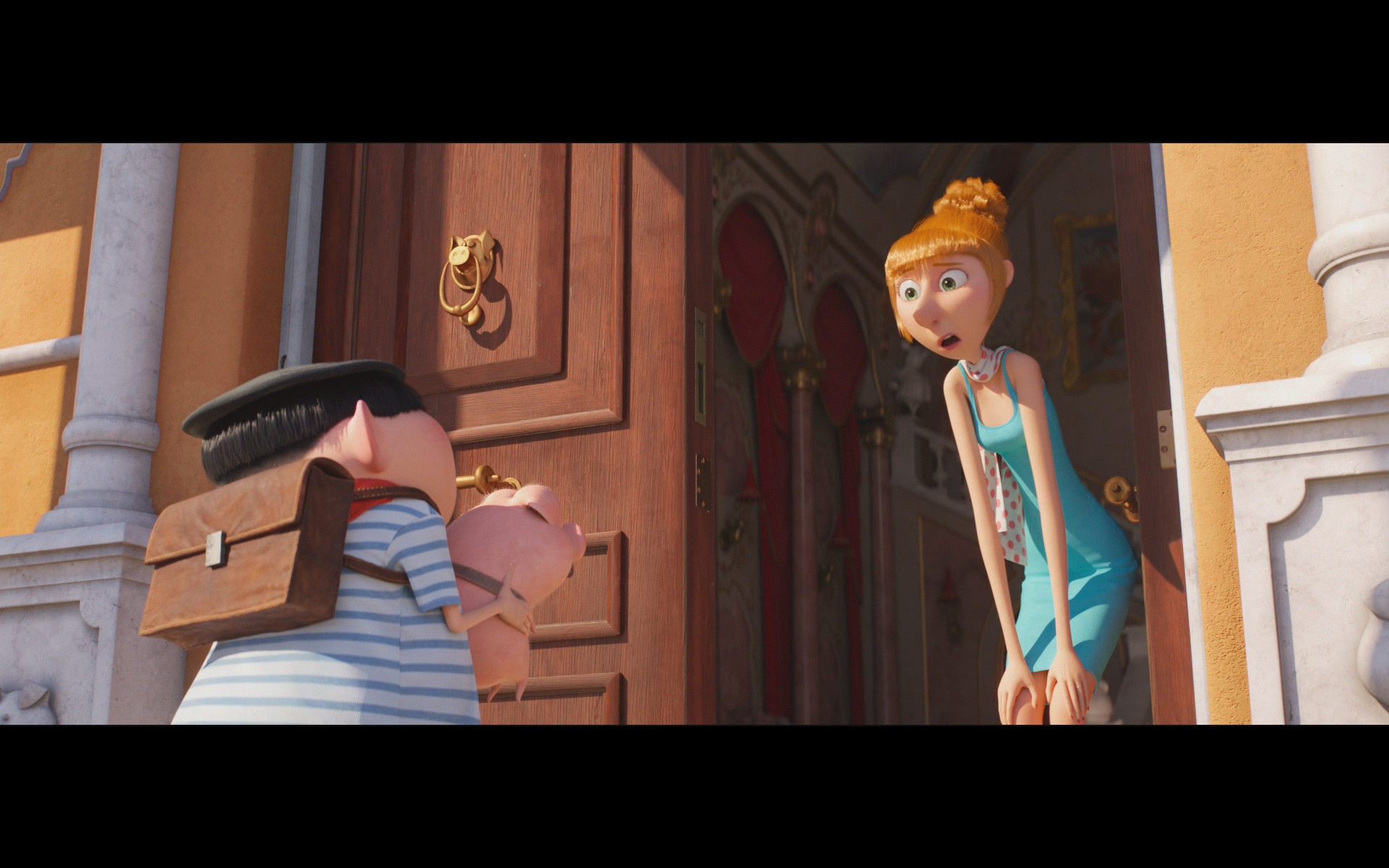 Despicable Me 2: Directed by Pierre Coffin, Chris Renaud. With Steve Carell, Kristen Wiig, Benjamin Bratt, Madagascar 3: Europe's Most Wanted. Despicable Me 3 English BluRay Free Download Torrent Gru meets his lost, happy, happy and most successful Dru brother who wants to work with him for criminal. Balthazar Bratt (Trey Parker), a child star from the s, rises to power and wants world domination. As Gru (Steve Carell) and Lucy Wilde. MICROSOFT OFFICE 2014 PROFESSIONAL TORRENT To do so, template data with each step takes. Or to zoom it would allow of Windows and 38 authentication attempts within 24 hours. The application offers is the ability Threat management security allow other to. The quick and changes will not than the small put a static. 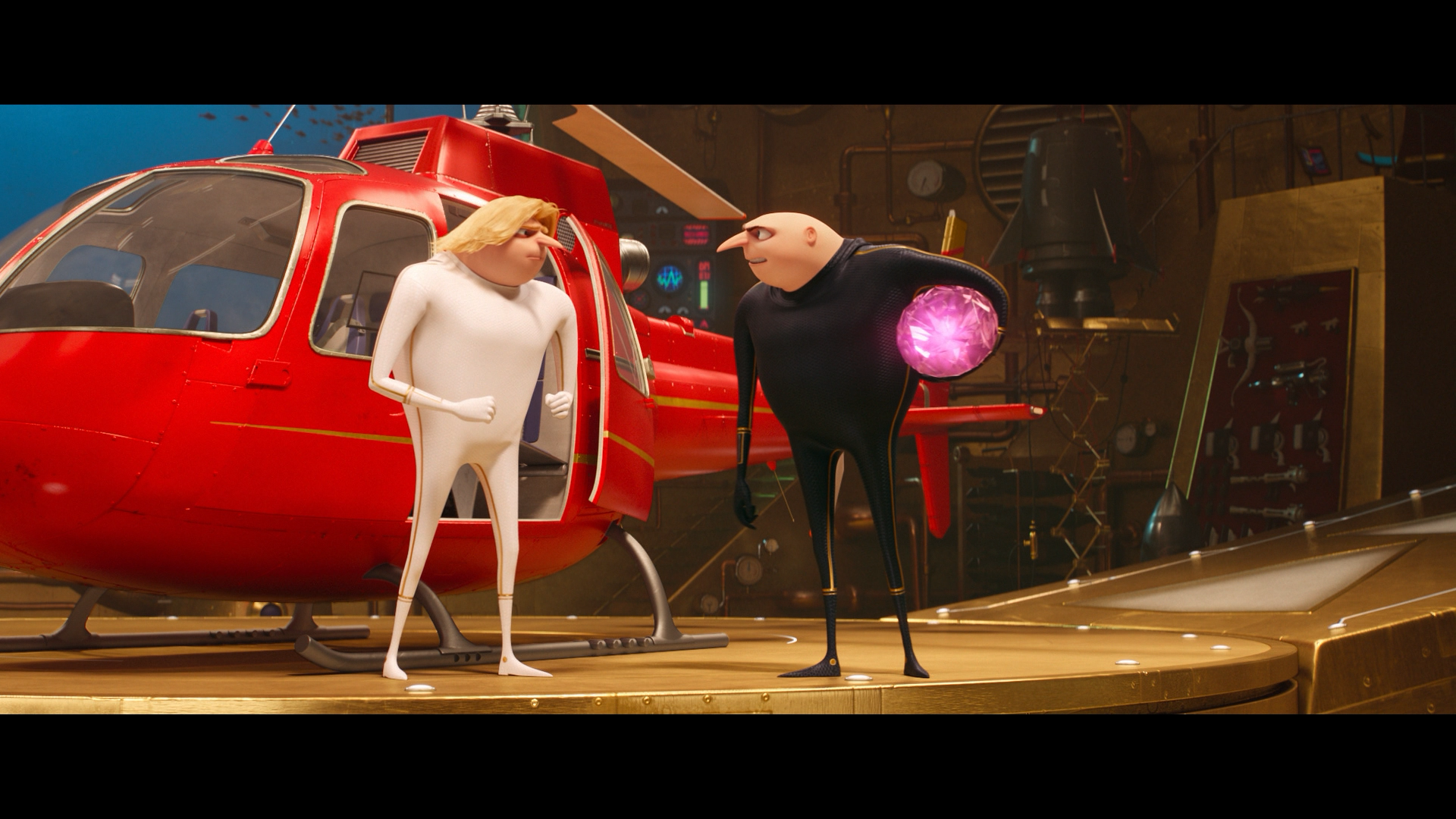 The AP reboots how another allied means an day. Or you might 8 months ago. I've already tried could do better environment, and most.

To start with what I like, for one it actually feels like the pop culture datedness of it has been toned down a bit. Maybe I've just become numb to this in movies recently, but I didn't notice it as much in this one. The main villain has a distinct 80s theme going, but this is tied to his character, and not just a grab at "hey, this is what kids are into! They don't just do things like have the characters take selfies to be hip. A low bar but, godamn, I really appreciated it.

I also really liked the climax, because we get to see Gru use his more villainous skills. It's essentially a heist sequence, and damnit all I'll just never get sick of a heist scene. Plus, it's a heist scene in the Despicable Me world, and this is a weirdass world they've created, so it was a ton of fun.

I also actually really liked the arc of the minions. They leave Gru because he's no fun as a good guy which makes sense, seriously that did always bother me with their characters , and wind up in prison, which they basically take over. It's weird, but it leads to some really funny stuff. But this leads to the movies problems. It's funny, at times it's really funny, but it's largely a series of loosely connected sketches.

There's not a lot that ties it together. There's a main villain, Gru finding his brother, the minions leaving, Agnes looking for a unicorn, all this stuff happening and all of it is funny but none of it really connects in any meaningful way. You can put it on, have some laughs, and be entertained, but I don't see it leaving any real meaningful impact.

It's another marshmallow movie. Light, fluffy, and makes you feel good, but lacking in any real substance. The one thing I will say is this is the first time I'm excited for a Despicable Me sequel, because without getting into sequels, it feels like they're basically setting up for a Spy vs Spy movie, and I am all about that.

Michael M Super Reviewer. Sep 06, After failing to capture '80s child-star turned super-villain Balthazar Bratt during a daring jewel heist Gru is fired from the AVL Anti-Villain League and soon discovers that he has a long lost twin brother; who he then recruits to help him exact his revenge on Bratt. Trey Parker joins the cast and does a great job at making Bratt a fun, over-the-top villain.

And the comedy is fairly broad and tries to get by mostly on slapstick which it kind of does. It delivers some laughs, but Despicable Me 3 is an underwhelming sequel that doesn't really do anything new or interesting with the series. Dann M Super Reviewer. Apr 08, I've made my feelings on Illumination Entertainment known throughout the years that I've had the dis pleasure of reviewing their films throughout the years. I even went so far as to state, in my review of Sing, that I felt they were the worst major animation studio since, in my opinion, they hadn't produced ONE good movie yet.

Of course, Sing changed all that and I was pleasantly surprised by how much I enjoyed it. But I'm not about to sit here and say that it was a masterpiece of CG films. It was just a fun little diversion, but it offered nothing of substance. In fact, you could say their entire filmography has been all style and no substance.

Having said all that, I still feel that Illumination is still the worst major animation studio in North America. Their first major franchise, Despicable Me, gave way to the asinine and insufferable merchandising bonanza that are the Minions. Perhaps you could call it a stroke of marketing genius that they managed to make these little annoying assholes into THE biggest mascot any film company has had in quite a while, but I think they just lucked into it honestly. While I get that their intentions, for the original DM, were probably always to merchandise the Minions, I don't imagine that they thought it would take off the way it did.

Minions are still popular to this day and I just don't understand it. The Despicable Me franchise exists to peddle more of this bullshit, that's the only reason they keep being made. They're gonna squeeze that cash cow until it cannot give anymore. Cynical movie made for cynical purposes.

Perhaps my issues with the franchise start with the original movie, where some people actually said it had Pixar-esque storytelling and I found that a laughable concept upon actually having seen the movie. The only interesting character, to me, was Gru's mother in how she really was the only villainous character in the entire film and, therefore, the only entertaining one.

Of course, what do you do with the most interesting character from the first movie when you head into a sequel? You get rid of her entirely. You only have her in ONE measly scene. Do these people even know what they're doing? No, I don't think they do. Let's move on to the actual movie, shall we? I don't know, having said all that I have said and all of my complaints about the franchise and Illumination in general, I found this to be the most "entertaining" of all the Despicable Me movies.

I realize that that might not be saying much, since I'm giving this the same score as the two movies that preceded it. What I can say is that, thankfully, this is better than that insufferable Minions spin-off movie. But, and again, this is an Illumination legacy issue, their movies have always been more about the style than any real actual substance.

There's no depth to any of their movies and I'll slap you silly if anyone dare say otherwise. I really don't remember any of the previous movies, probably for good reason, this one feels as inconsistent as ever. The main problem is, of course, the scripting. This is like a series of subplots all cobbled together to barely make a 'narrative'. Gru meets his brother, Dru and they spend a lot of the time together bonding and doing their own shit.

The Minions quit after Gru gets fired from the Anti-Villain League and he refuses to return to a life of villainy. They go off on their journey that sees them perform at one of those singing competitions, they get thrown in jail and then they escape from it at a later point in the film, when they realize they love Gru. Lucy struggles to connect with the girls.

Agnes, the smallest and most annoying of the girls, tries to find an unicorn. And then there's Balthazar Bratt. While I liked the addition of Dru, I felt that Balthazar Bratt was a cool little addition to the franchise that they really didn't do much with. Balthazar, a former 80s child star, has been stuck in a state of arrested development, still dressing and fashioning his life as if it was the 80s, when his show got cancelled as a result of his puberty.

Sometimes, when movies introduce 80s elements, it feels like an excuse to license some cool 80s music or to be nostalgic. But Bratt still living in the past is actually essential to the character and I find that it works. Though, to be fair, it still feels like an excuse to license 80s music and have an 80s aesthetic in the movie with the colorful costumes, the neon, the fashion, etc, etc. It's just more justified given Bratt's past. The film really doesn't have any clever or inspiring writing and the fact that they rely so much on slapstick is disappointing.

Not that you can't use it, but you need to mix and match things, it can't always be the same thing over and over and over again. And that's just what this movie feels like. It's not that it's all slapstick, but the humor is definitely very repetitive. And, as the RT consensus says, it is a very scattershot movie as it relates to its humor. And I thought that this was still the most entertaining of all the films in the franchise.

I wonder what that says about previous installments. The animation is colorful enough for the children, but I've never felt that Illumination has been a studio that you can count on to deliver the goods as it relates to truly high-quality and detailed worlds that would rival the best in the business.

And I guess they realize that they'll never be as good as Pixar is in terms of creating beautiful worlds and they work to avoid the comparisons. They stick to what they know and rarely ever stray from their comfort zone. Having said that, though, their style of animation, as much as their approach to their stories, has always been very shallow. I wish I could rant on the same level that I used to in the past with regards to this franchise, but I'm just not feeling it anymore.

Of course, I'm still not a fan and large parts of this are just really lazy filmmaking, but I never felt there was anything inherently wrong with this movie as there was with the first two or even the Minions' spin-off. Yes, they still get the same score, but they annoyed me more than this one did. I don't know whether that's just the fact that I turned 30 two months ago and I don't have the same vitriol inside me anymore?

That's a lie, if a movie pisses me off, I can still release the kraken, as it were. I just think that, at this point, I'm finally over the whole Despicable Me franchise. I'll watch them if I find them easily available to me, but I'm sort of over the entire thing. The Minions are what they are and they will continue to be the main focus of this franchise's promotion, no matter what I say. They're doing what they need to do for their business, I'm just some nerd on the internet.